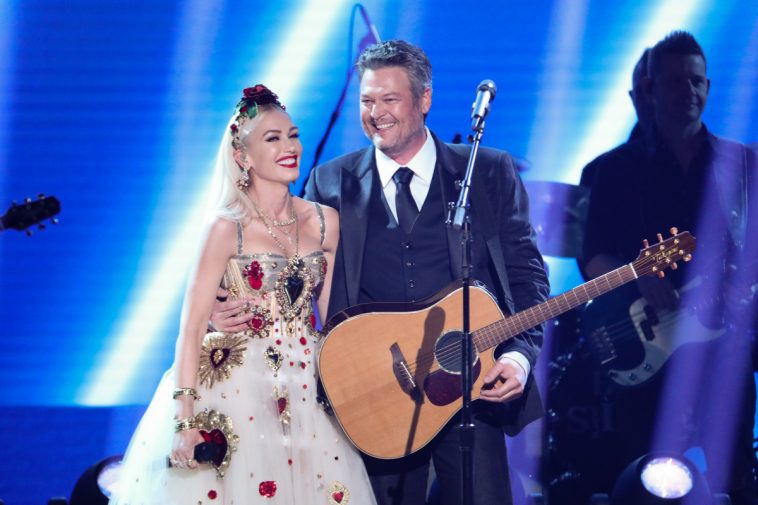 Gwen and Blake performing at the Grammys | Monty Brinton/CBS

On the heels of Sunday’s Grammy Awards, songs featured during the broadcast are predictably dominating the US iTunes sales chart. Every song in the Top 5, in fact, received a major showcase at the Grammys.

Blake Shelton & Gwen Stefani’s “Nobody But You,” which was #1 ahead of the show, remains in the pinnacle position as of press time at 2AM ET Monday morning.

Demi Lovato’s “Anyone,” which was not even available until the night of the Grammys, is up to #2 following her powerful performance.

A powerful performance is also responsible for thrusting Camila Cabello’s “First Man” to #3 on the chart. The track, which appears on the artist’s recently released album “Romance,” was outside the Top 1000 prior to the show.

Although Billie Eilish focused her performance on “when the party’s over,” her smash “bad guy” received plenty of attention thanks to its Record and Song of the Year wins. It is currently #4 on the chart.

Jonas Brothers’ “What A Man Gotta Do,” which received the performance treatment, is #5.