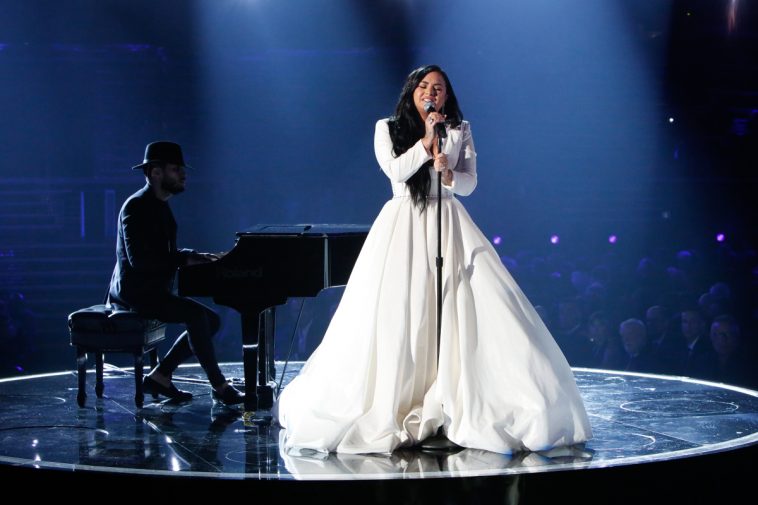 Demi Lovato returned to the stage with an emotional performance at Sunday’s Grammy Awards ceremony. The performance focused on new song “Anyone,” which launched on iTunes in conjunction with the performance.

By Monday morning, it was the store’s top song.

Indeed, “Anyone” reached #1 on the all-genre US song sales chart – and it remains there as of press time at 9AM ET. It seized the throne from Blake Shelton & Gwen Stefani’s “Nobody But You,” another Grammy number that is now #2.