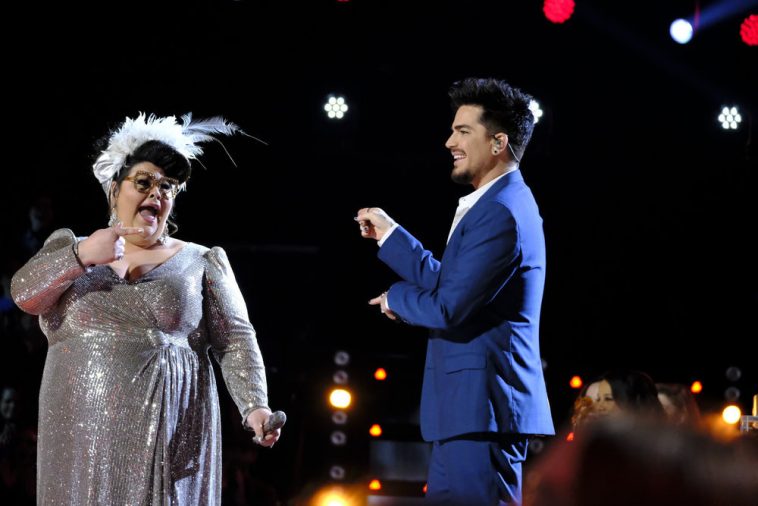 Katie Kadan and Adam Lambert on The Voice (Photo by: Trae Patton/NBC)

Earlier this month, Adam Lambert released his cover of Cher’s “Believe” to ample fanfare. The song entered the Top 10 on the US iTunes sales chart during its first few days of release.

Tuesday, he reignited interest in the song with a high-profile television performance.

Lambert joined third-place “The Voice” finisher Katie Kadan for a duet on the finale. Outside the Top 100 prior to the performance, “Believe” had rocketed back into Top 10 by the day after.

As of press time at 9:45AM ET Thursday, it is still in the region at #10. A video of the performance follows: