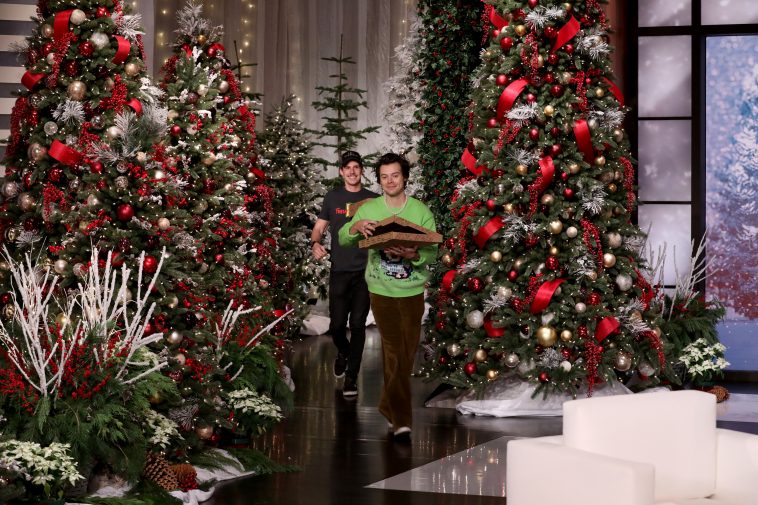 In celebration of his new album “Fine Line,” Harry Styles appears on Wednesday’s edition of “The Ellen DeGeneres Show.”

Styles does not perform on the episode, but he does engage in a discussion with Ellen DeGeneres. Topics include the risque “Fine Line” album photos and his recent “Late Late Show” hosting stint. He also shares insight into the inspiration for his new album.

Not simply part of the chat, Styles also participates in a hidden camera prank involving a pizza delivery worker.

The episode will air Wednesday afternoon, but video highlights and photos are already here: