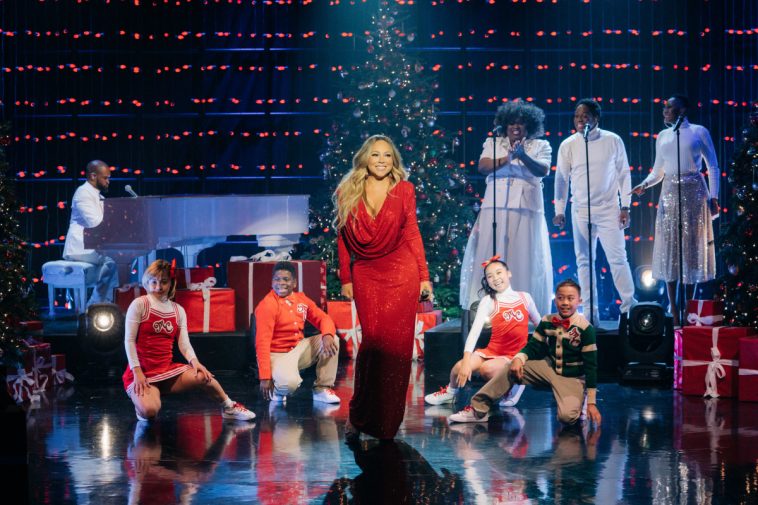 As Christmas draws near, a music superstar who has become synonymous with the season begins her “Late Late Show With James Corden” takeover.

Indeed, Mariah Carey performs on Tuesday’s edition of the episode, which just so happens to be hosted by Ken Jeong. Carey is also set to appear on Wednesday and Thursday’s episodes.

The Christmas takeover comes on the heels of Carey’s Christmas classic “All I Want For Christmas Is You” hitting #1 on the Billboard Hot 100. She is also promoting a 25th anniversary reissue of her “Merry Christmas” album.