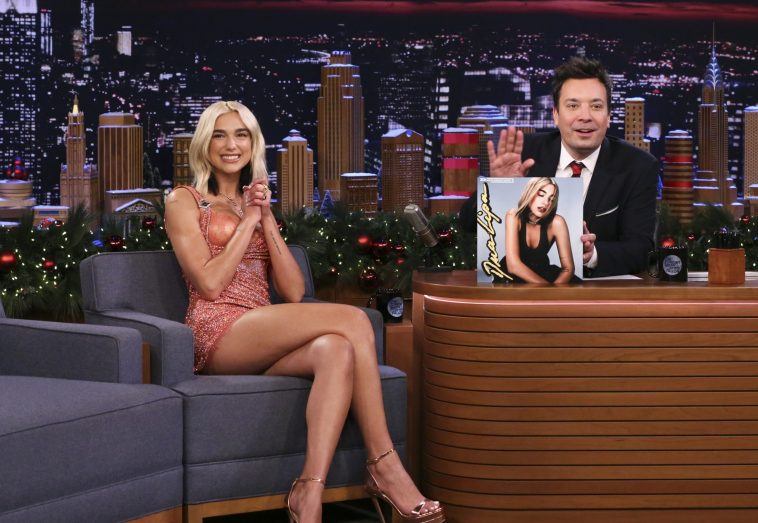 Singer Dua Lipa during an interview with host Jimmy Fallon on December 18, 2019 -- (Photo by: Andrew Lipovsky/NBC)

Update: Dua Lipa began a two-night stint on “The Tonight Show Starring Jimmy Fallon” with an appearance on Wednesday’s episode.

The appearance included an interview, a video of which follows. Photos from the taping are also embedded.

She kicks off her two-night visit with an interview on Wednesday’s episode. In addition to covering other topics, the conversation will surely keep anticipation alive for her new album “Future Nostalgia.”

Along with the Dua Lipa appearance, Wednesday’s “Fallon” features a chat with “Mad About You” stars Paul Reiser and Helen Hunt, a performance by James Blake, and separate segments involving Ryan Reynolds and cast members from “Cats.”