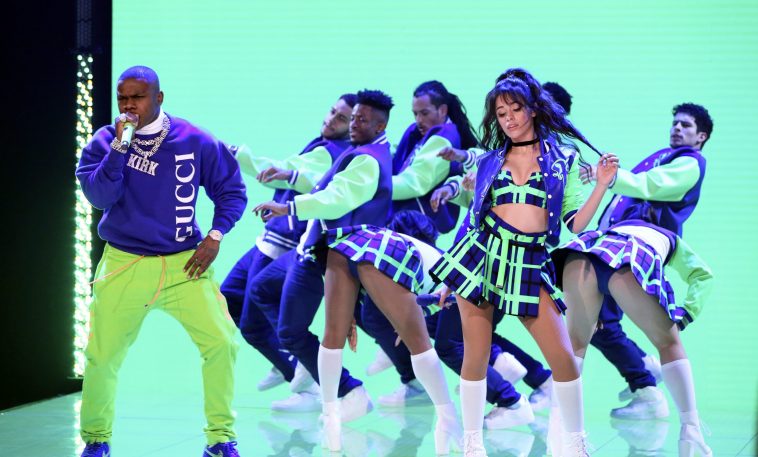 Camila Cabello and DaBaby on 12/12/19 Fallon (Photo by: Andrew Lipovsky/NBC)

Accompanied by DaBaby, the pop star performed “My Oh My” during Thursday’s episode. Typical of a Camila Cabello performance, the number featured striking visuals — and infectious energy.

A video of the performance will be available below starting at 3:35AM ET. Photos are already embedded.

This Thursday night, Camila Cabello closes release week for the album … with an appearance on “The Tonight Show Starring Jimmy Fallon.”

Accompanied by DaBaby, Cabello performs “My Oh My” in the closing segment of the broadcast. The performance closes an episode that also features interviews with Ryan Reynolds and Niall Horan.

Taped earlier in the day, the episode will begin airing at 11:35PM ET/PT on NBC. The Camila-DaBaby performance should start at around the 50-minute mark.