Following Sunday’s Grammy Awards ceremony, high-profile celebrities made their way to some high-profile after parties.

One such party took place at Spring Place in Beverly Hills.

Hosted by Republic Records and sponsored by Barclays Center, Ciroc, Crocs, Fiji, Heineken and Lyft, the star-studded affair featured attendees from the label’s roster — and the broader entertainment world.

Following the event, Republic issued a photo gallery to Headline Planet. A selection of those pictures follows (credit for all photos: Getty courtesy of Republic Records): 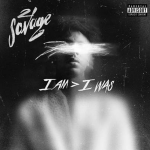