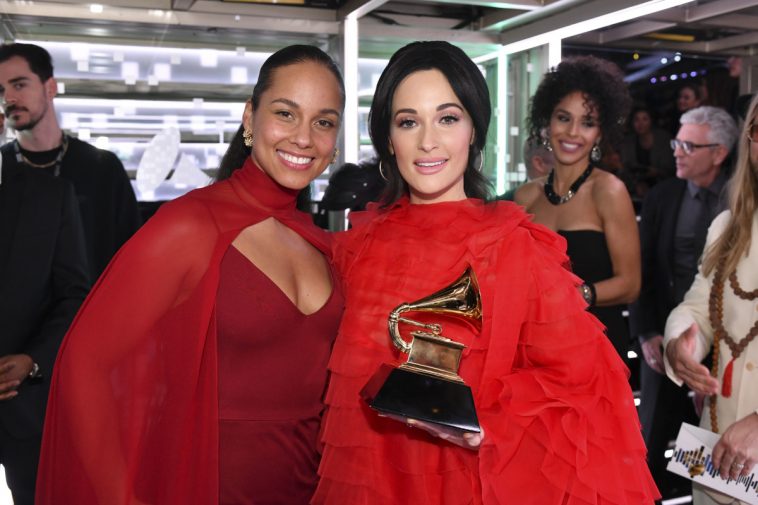 Alicia Keys and Kacey Musgraves at the Grammys, by Timothy Kuratek/CBS

In each of the years between 2012 and 2017, Grammy oddsmakers correctly predicted three of the “Big Four” races.

In 2018, oddsmakers only called one such race.

In 2019, they split the difference. They were correct in two categories and incorrect in the other two.

They correctly predicted that Kacey Musgraves’ “Golden Hour” would win for Album of the Year. They also correctly identified Childish Gambino’s “This Is America” as the frontrunner for Record of the Year.

Their misses, meanwhile, came in the Song of the Year and Best New Artist category. They favored Lady Gaga & Bradley Cooper’s “Shallow” for Song and H.E.R. for Best New Artist. “This Is America” ended up winning the former, while Dua Lipa took home the latter trophy.

Granted, they were not way off in those categories. “This Is America” and Dua Lipa had the second-best odds in their respective categories.