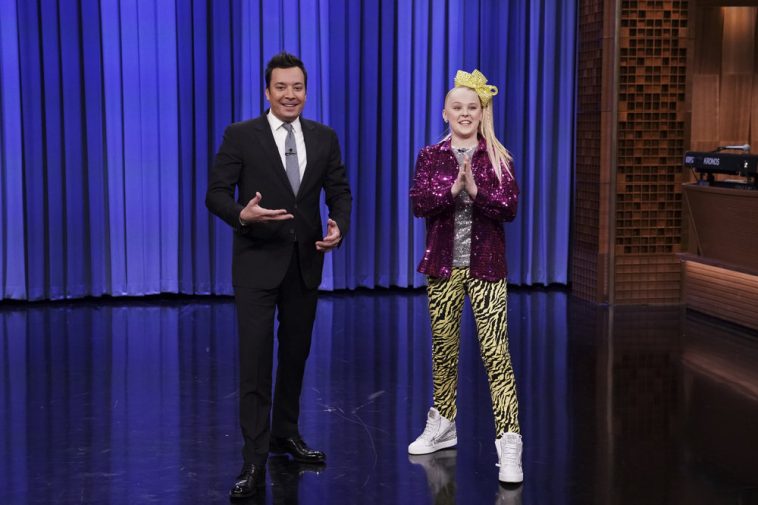 Update: JoJo Siwa was one of the celebrity guests on Monday’s “Tonight Show Starring Jimmy Fallon.”

Siwa, who was making her first appearance on the popular late-night program, joined Jimmy Fallon for a chat. In a nod to her dancing background (and appearances on shows like “Abby’s Ultimate Dance Competition” and “Dance Moms”), Siwa also participated in an “Aggressive Dance-Off” with the “Tonight Show” host.

A video of the “Dance-Off” segment follows. Additional highlights will be posted upon availability.

Making her debut on the program, the teen entertainer participates in an interview with host Jimmy Fallon. She and Fallon also engage in an “Aggressive Dance Off” segment.

After appearing on Lifetime programs like “Abby’s Ultimate Dance Competition” and “Dance Moms,” Siwa began to amass a substantial Internet following. She has also appeared on various Nickelodeon properties — and has a platinum-certified single in “Boomerang.”

Monday’s “Tonight Show” also features an interview with Kerry Washington and a performance by Joe Jackson. It will air at 11:35PM ET/PT on NBC.