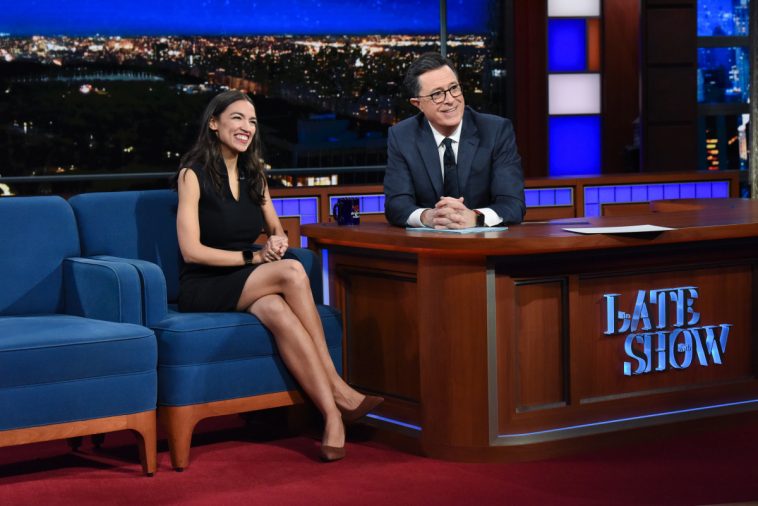 Update: Last summer, Alexandria Ocasio-Cortez – then a candidate for the US House of Representatives – appeared on “The Late Show With Stephen Colbert.”

Ocasio-Cortez appeared as the episode’s lead interview guest. The chat included a discussion about tax rates, as well as a moment to indulge in Ben & Jerry’s ice cream.

For the second time in seven months, Alexandria Ocasio-Cortez appears on “The Late Show With Stephen Colbert.”

The congresswoman, who made her debut on the program this past summer, returns to the show Monday night.

Taped in advance, the broadcast also features a chat with Method Man.

Monday’s edition of “The Late Show With Stephen Colbert” will air at 11:35PM ET/PT on CBS. Ahead of the broadcast, the network shared a collection of “first look” photos from the taping.