Update: Friday’s “Late Show With Stephen Colbert” concluded with a performance by Interpol.

The band performed its new song “The Rover.”

“The Rover” appears on Interpol’s forthcoming album “Marauder,” which hits stores on August 24.

A video of the Interpol performance follows. Photos from the taping are also embedded.

The band also released “The Rover,” one of the tracks from the album.

Friday, Interpol plays the song on “The Late Show With Stephen Colbert.”

The performance closes an episode that also features interviews with David Koechner and Jeff Glor.

Taped in advance, the broadcast airs at 11:35PM ET/PT on CBS. The Interpol performance should start at around 12:25AM. 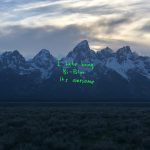