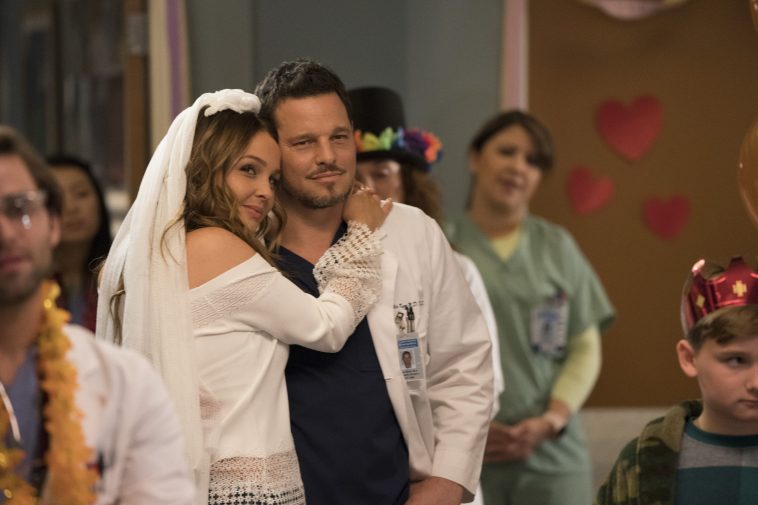 Update: Thursday’s “Grey’s Anatomy” received an upward adjustment in the final ratings report. As a result, it ended up tying an existing series low in adults 18-49, rather than setting a new one.

According to national data posted by Showbuzz, Thursday’s episode drew a 1.7 adults 18-49 rating and averaged 6.84 million overall viewers. Last week’s broadcast was good for a 1.8 and 7.15 million.

Whereas those two shows were down this week, fellow “TGIT” series “Scandal” posted a week-over-week gain. Thursday’s episode drew a 0.9 in the demo and 3.83 million in viewers, topping the 0.8 rating and 3.71 million viewer mark scored by the previous broadcast.
====

Should the preliminary ratings report hold, Thursday’s “Grey’s Anatomy” will rank as the long-running series’ lowest-rated episode on record.

This week’s demo rating represents a new series low for “Grey’s Anatomy,” which had never previously gone below a 1.7. The viewership tally narrowly avoids the all-time low distinction; an eleventh season drew 6.64 million viewers on April 2, 2015.

“Grey’s” sometimes receives an upward adjustment in the final national ratings report, so it is too early to definitively declare this week’s episode the outright lowest-rated on record.

And even if the number does hold, it is still solid for any 2018 network television series — let alone a drama in its fourteenth season.

Granted, it is still one of only two “Scandal” episodes to draw a fractional rating in the demo and fewer than 4 million in overall viewership.