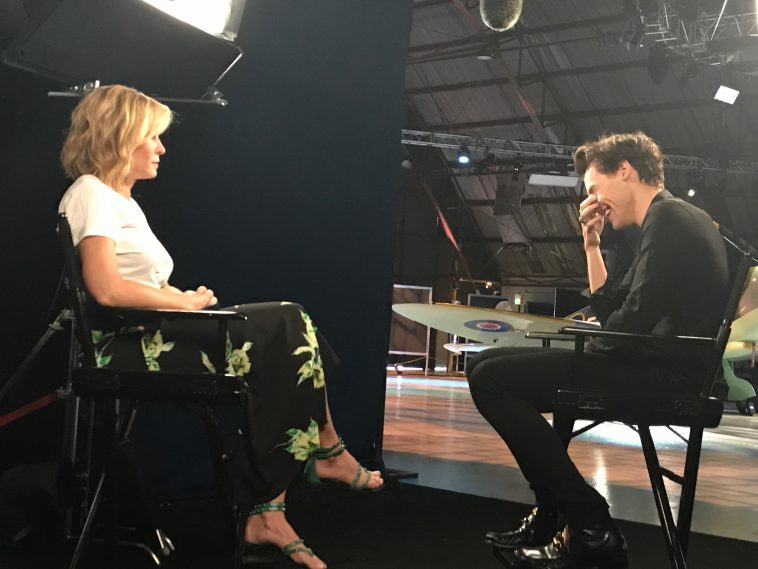 Harry Styles is making numerous press stops in support of “Dunkirk,” which opens on July 21.

One such appearance is on the July 21 edition of Netflix’s “Chelsea.”

The music superstar joins host Chelsea Handler for a “round of quick fire question and one word answers.” The discussion covers topics like the nipple rumors, his newfound acting career, Kanye West, and more.

The full episode will not launch until Friday, but fans can take an early look.

In addition to sharing video from his appearance, Netflix shared behind-the-scenes photos from the taping: