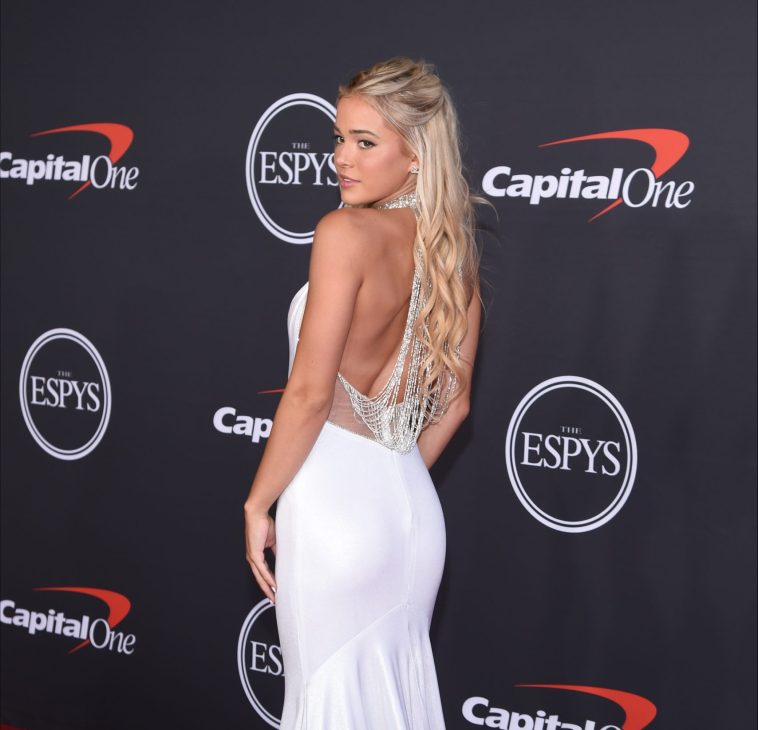 THE 2022 ESPYS PRESENTED BY CAPITAL ONE - ÒThe 2022 ESPYS Presented by Capital OneÓ is hosted by NBA superstar Stephen Curry. The ESPYS broadcasted live on ABC Wednesday, July 20, at 8 p.m. ET/PT from The Dolby Theatre in Los Angeles. (ABC) OLIVIA DUNNE

The 2022 ESPYS award ceremony played host to big names from the worlds of sports and pop culture. In some cases, the attendees check both boxes.

Such is the case for Olivia “Livvy” Dunne, the talented LSU Gymnast who is also an immensely successful model and social media influencer. Dunne looked characteristically gorgeous on the red carpet for the event, which took place at Los Angeles’ Dolby Theatre on Wednesday.

In conjunction with the broadcast, ABC shared photos from Dunne’s time on the ESPYS red carpet.