The “Positions” single received 5,924 spins during the first four days of the May 2-8 tracking period. Up 24% from the count at this point last week, the tally slots “pov” at #9 on Mediabase’s building/real-time chart.

Given its massive rate of gain and the absence of any imminent threat from below, “pov” will have no trouble retaining its Top 10 position through the close of tracking.

When the official chart publishes on Sunday, the artist could have three solo songs in the Top 10. In addition to “pov,” Grande presently holds spots in the region with former number one hits “positions” and “34+35.” Although both are down in airplay thus far this week, neither appears to be in obvious danger of leaving the Top 10. 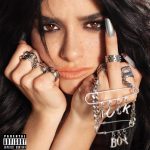