Over the past month, Mimi Webb’s “Good Without” has been attracting considerable interest on Spotify. Featured on key playlists like Pop Rising, the song has amassed over 20 million global streams on the platform.

With streaming buzz on its side, the song will next look to make a splash at US pop radio. AllAccess reports that the Epic Records-backed single will impact the format this week.

Two stations have already been providing ample support for the new song. According to Mediabase, Atlanta’s Q99.7 played the song a whopping 44 times in the seven days ending April 25. SiriusXM Hits 1 offered 14 spins within that same window.

Chattanooga’s Hits 96 has also emerged as an early supporter.

This past Friday, Webb also released an official music video for the single: 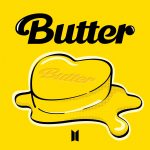