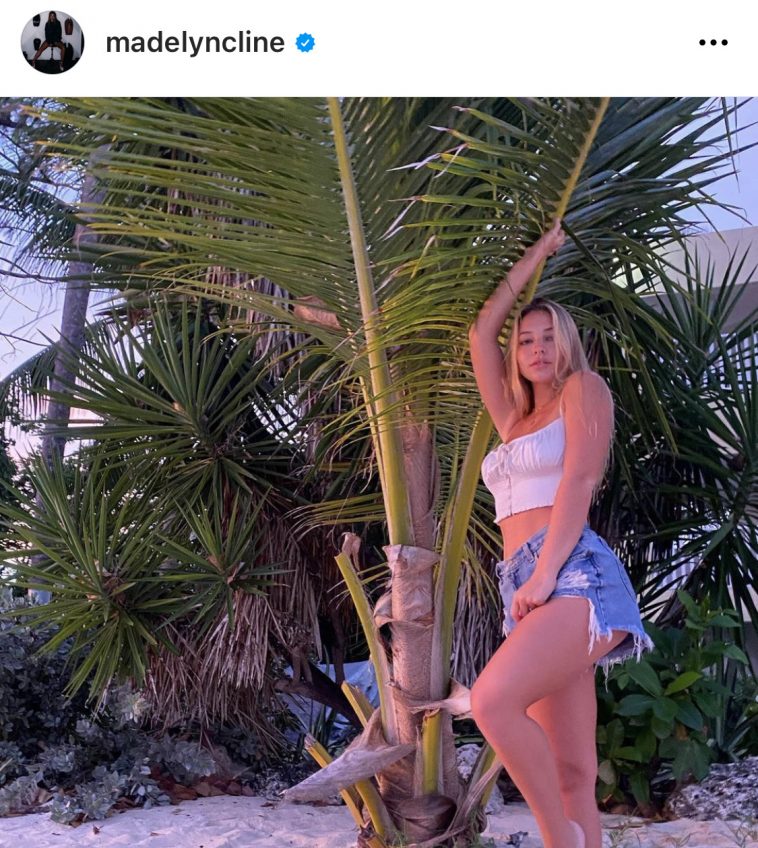 To put it simply, “Outer Banks” star Madelyn Cline is quite popular with her social media followers.

The latest proof came Saturday, when her new two-photo gallery amassed over 400,000 likes in just thirty minutes. Impressive in any case, the achievement is particularly noteworthy given that the first photo in the gallery is blurry.

Both shots feature the stunning actress on a beach during sunset. The second offers a clearer shot of Cline, who looks characteristically stunning.

As covered by Headline Planet, the “Outer Banks” stars saw their follower counts soar when the show hit Netflix last spring. Although their follower gains have cooled down in recent months, the cast members continue to post massive engagement numbers.