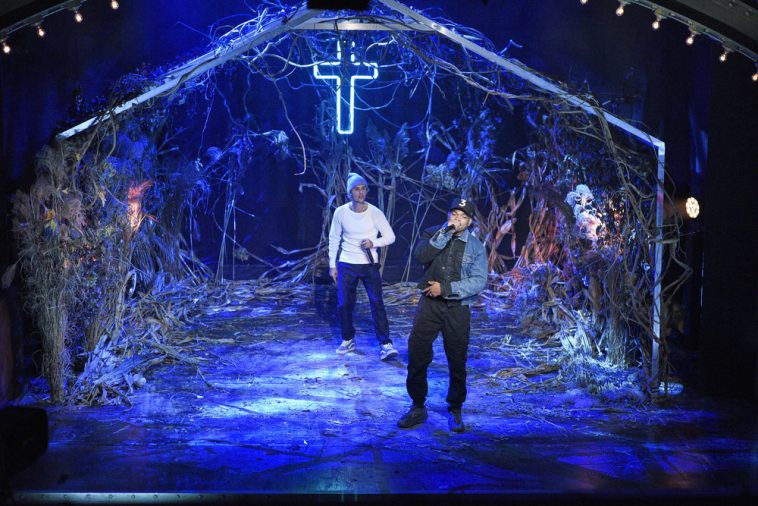 The collaboration starts at #14 on this week’s edition of the chart, which ranks songs from all genres based on streams, sales, and radio airplay. “Lonely” showed early strength in all three columns, and generated particularly ample activity on the former two fronts. It takes #2 on Digital Song Sales and #6 on Streaming Songs.

In addition to buzz over the release itself, “Lonely” benefited from a buzzy music video starring Jacob Tremblay, as well as an emotional performance on “Saturday Night Live.”

— Speaking of “Saturday Night Live,” a performance of Bieber’s “Holy (featuring Chance The Rapper)” sends the song back into the Top 10 on this week’s Hot 100. The song rises five places to #9.