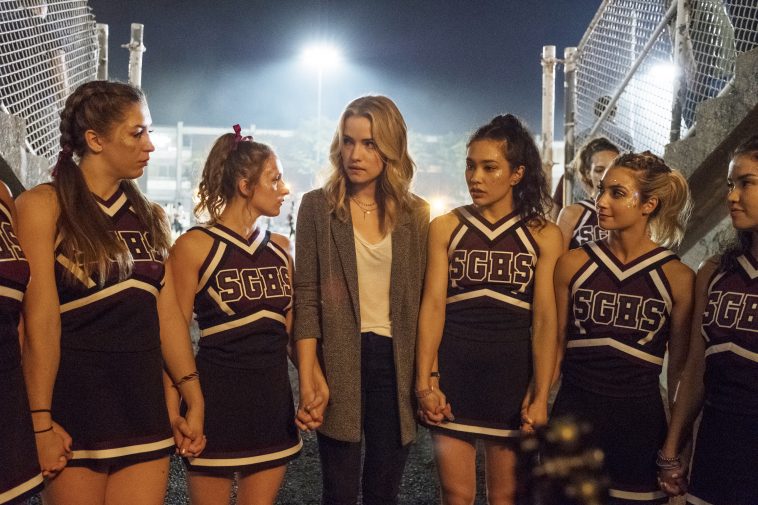 Whereas many networks air re-runs and specials in late December, USA will be launching a new series.

The cable network will premiere new drama “Dare Me” at 10PM ET on Sunday, December 29.

Based on Megan Abbott’s novel, the series chronicles the world of competitive cheerleading — and broader teen drama — in a small Midwestern town.

“Peering behind the all-American facade, the series dives into the cutthroat world of competitive high school cheerleading,” says the official synopsis. “It follows the fraught relationship between two best friends (Herizen Guardiola and Marlo Kelly) after a new coach (Willa Fitzgerald) arrives to bring their team to prominence. While the girls’ friendship is put to the test, their young lives are changed forever when a shocking crime rocks their quiet rust belt town. Part coming-of-age story, part sport drama, part murder mystery, “Dare Me” exposes the physical and psychological extremes that some young women are willing to endure in order to get ahead.”

Ahead of the premiere, USA Network shared a new collection of photos from the episode. This “first look” gallery follows: