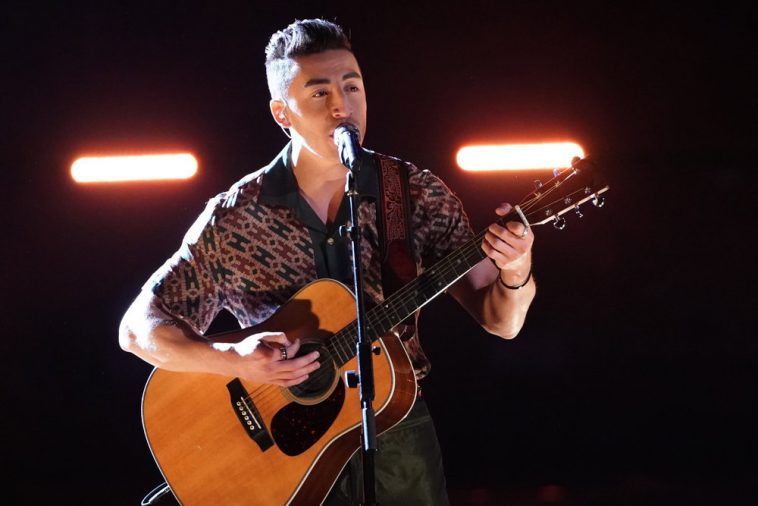 Update: By 8:30AM ET Tuesday morning, Ricky Duran’s “A Woman Like Her” was #1 on the US iTunes sales chart.

It was one of several “The Voice” finale recordings in the Top 5. Jake Hoot & Kelly Clarkson’s “Wintersong” followed at #3, ahead of Katie Kadan’s “All Better” (#4) and Hoot’s “Better Off Without You” (#5).

By 11:30PM ET — just a half-hour into the west coast broadcast of Monday’s “The Voice” performance finale — multiple songs from the episode were charting prominently on the US iTunes sales chart.

Four of the night’s performances currently occupy Top 5 positions; an additional track is just outside at #6.

Ricky Duran’s “A Women Like Her” leads the way among “The Voice” finale tracks at #2; only “Nobody But You” (by “The Voice” coaches Blake Shelton and Gwen Stefani) is selling at a faster pace.

Jake Hoot & Kelly Clarkson’s “Wintersong” directly follows at #3, ahead of Hoot’s own “Better Off Without You” at #4 and Katie Kadan’s “All Better” at #5.

Other recordings from the episode are charting as follows: