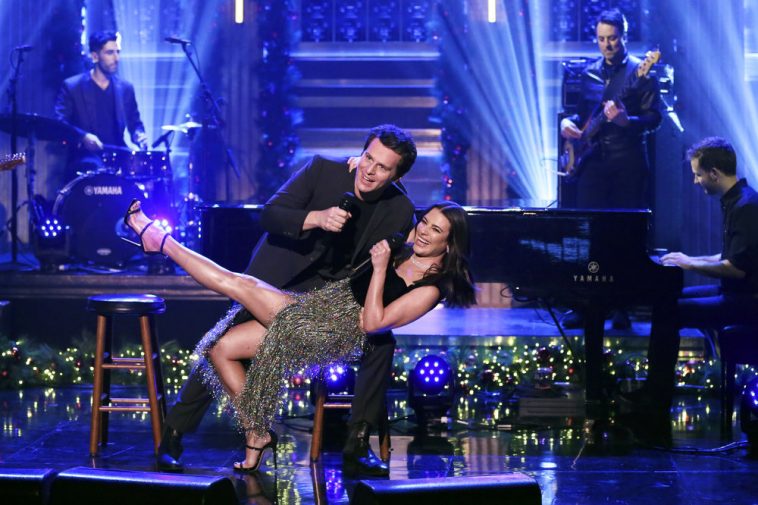 Jordan and Heughan appeared as interview guests, while Michele and Groff appeared for a comedy segment and a performance. The Michele-Groff comedy bit follows, as do photos from the taping. Additional highlights will be posted upon availability.

Ahead of the “Just Mercy” opening, star Michael B. Jordan appears on “The Tonight Show Starring Jimmy Fallon.”

With the holidays approaching, the episode additionally features a holiday-themed musical performance from Lea Michele and Jonathan Groff. Per an early look at the taping, they also appear in an additional segment.