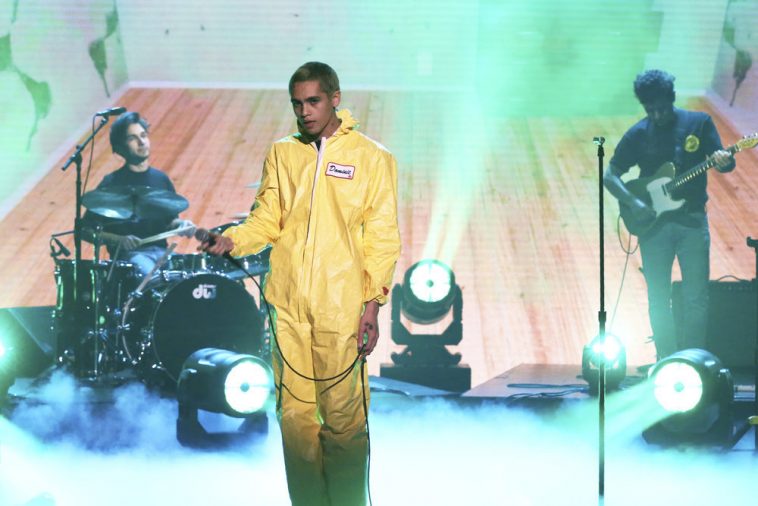 Update: In what represented his US TV debut, Dominic Fike took the stage on Wednesday’s “Tonight Show Starring Jimmy Fallon.”

He performed “Phone Numbers” on the broadcast. A video and photos follow:

Earlier this year, Dominic Fike scored his first alternative radio #1 in the form of “3 Nights.”

Wednesday, he continues his big 2019 with a high-profile late-night talk show appearance.

It follows host Jimmy Fallon’s interviews with Rachel Maddow and Tony Hale. The episode also includes an “Impeachment After Dark” segment, with Hale seemingly reprising his “Gary” role from “Veep.”