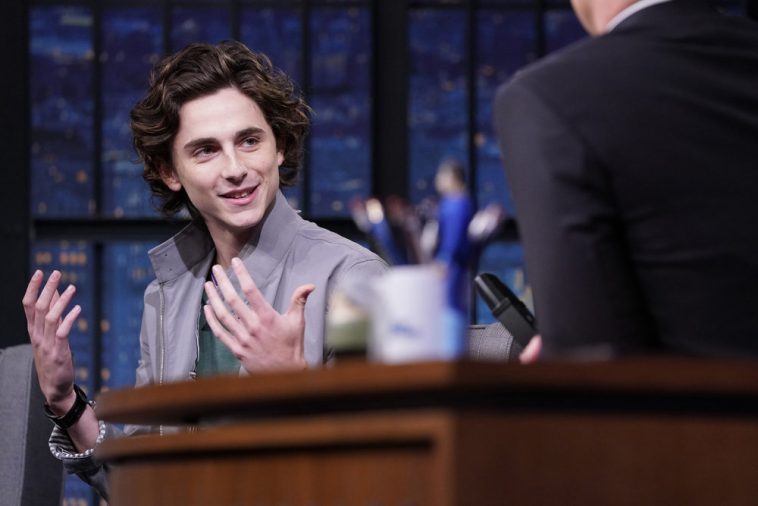 Actor Timothée Chalamet during an interview with host Seth Meyers on October 31, 2019 -- (Photo by: Lloyd Bishop/NBC)

Chalamet and Erivo joined Seth Meyers for interviews, while Lambert performed “Mess With My Head.” She also filmed a digital exclusive performance of “Bluebird.”

Wednesday night, Cynthia Erivo and Miranda Lambert both appeared on “The Late Show With Stephen Colbert.”

Thursday night, they appear on the same “Late Night With Seth Meyers” episode. Erivo chats with host Seth Meyers, while Miranda Lambert performs in support of her new album.

Taped in advance, it will air at 12:35AM ET/PT on NBC. Ahead of the broadcast, NBC shared a collection of photos from the taping.