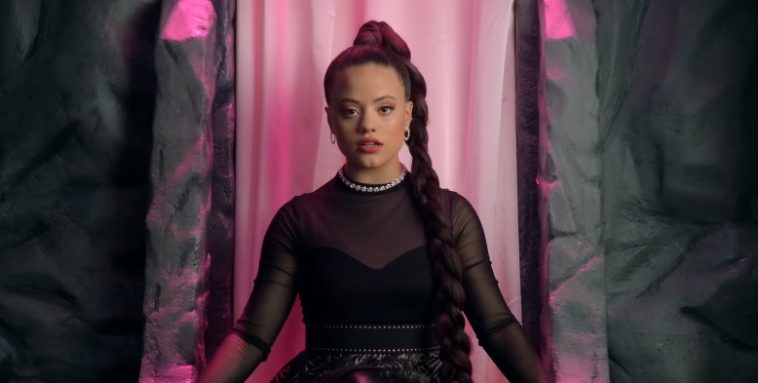 In conjunction with last week’s “Hall Of Villains” special, Disney released a video for the CLOUDxCITY remix of Sarah Jeffery’s “Queen Of Mean” to YouTube.

By the end of the October 11-17 tracking period, it had amassed an impressive number of views.

The new “Queen Of Mean” video registered 9.3 million tracking period views, yielding a #46 bow on the Global YouTube Music Videos Chart. As with most “Descendants” content, the video fared proportionately well in the United States, earning a #16 bow with 2.9 million views.

The original “Queen Of Mean” video reached #1 on the US chart and the Top 5 on the Global chart this past summer.