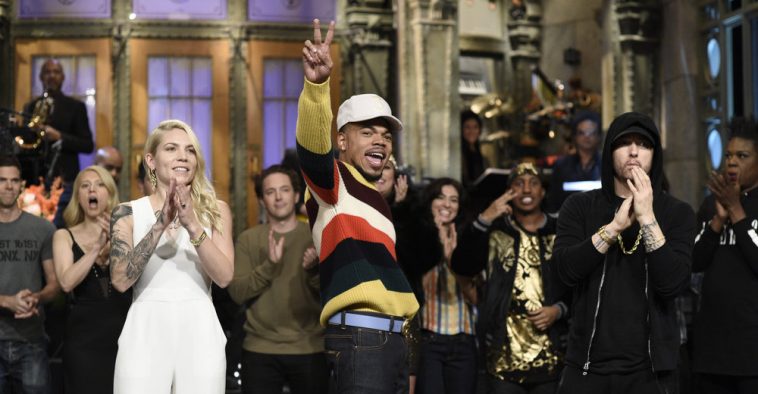 Skylar, Chance and Eminem on SNL | Will Heath/NBC

Chance The Rapper has hosted “Saturday Night Live.” He has also appeared as a musical guest on two occasions.

Later this month, he will perform both duties on the same night.

NBC just announced that Chance will be the host and musical guest for the October 26 edition of the iconic variety show. The broadcast will mark the fourth installment of the ongoing 45th season.

Currently in progress, this weekend’s episode features host David Harbour and Camila Cabello. The show will be off for a production hiatus next week.