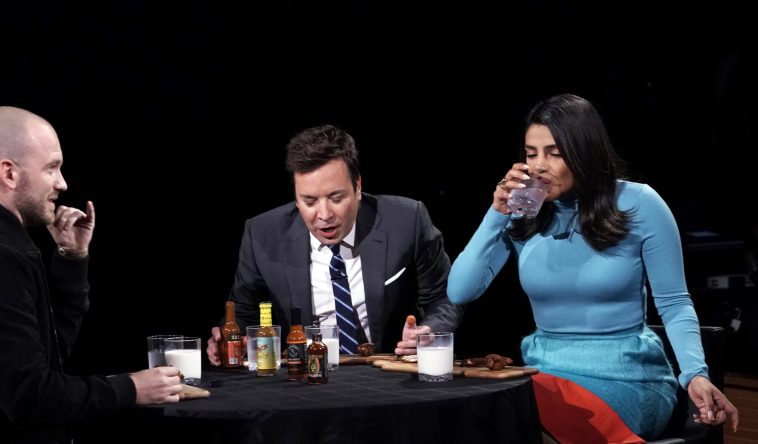 Her appearance included a chat with Jimmy Fallon. It also included a special “Hot Ones” segment with Fallon and Sean Evans.

The segment represented a nod to her first appearance on the show, in which she engaged in a wing-eating contest.

A video of the “Hot Ones” bit follows, as do photos from the taping. Additional highlights will be posted upon availability.

Hot wings also come into focus during her appearance on this Thursday’s episode.

Chopra Jonas and Jimmy Fallon participate in a special “Tonight Show” edition of “Hot Ones” with host Sean Evans. Chopra Jonas also appears for an interview.

Thursday’s lineup also includes a chat with Roots members Questlove and Black Thought and a performance by Rex Orange County.