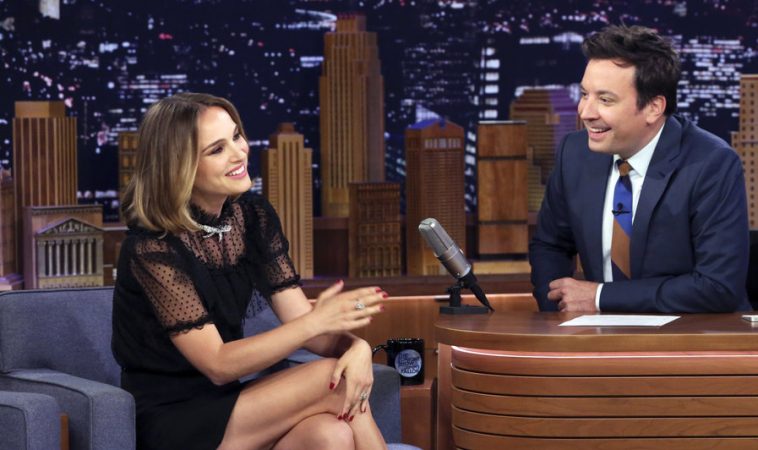 In addition to an interview, Portman participated in the “Mad Libs Theater” sketch.

A video of that sketch follows; additional highlights will be posted upon availability. Photos from the taping also follow:

“Lucy In The Sky” opens this Friday, October 4.

In support of the new film, star Natalie Portman makes an appearance on “The Tonight Show Starring Jimmy Fallon.”

Portman appears as the lead interview guest on Wednesday’s edition of the late-night talk show. She also joins Jimmy Fallon for a new edition of “Mad Lib Theater.’

The episode additionally features a chat with Henry Winkler and a performance by Robbie Robertson.