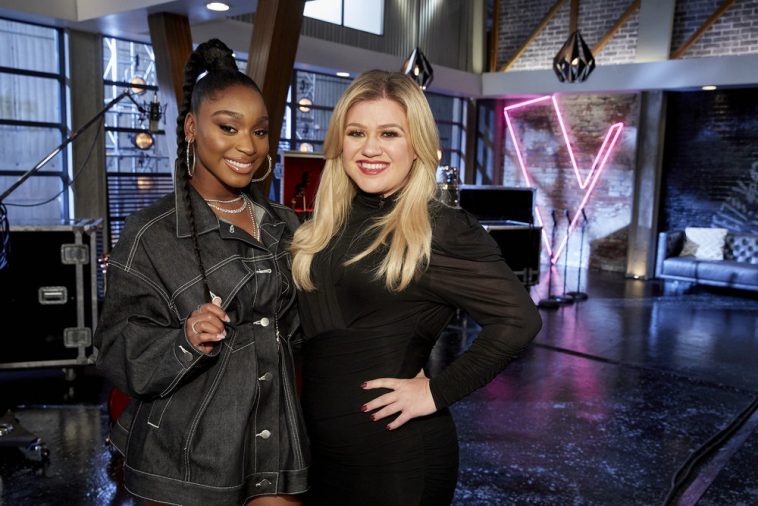 The new season of NBC’s “The Voice” will be premiering with Blind Audition episodes Monday, September 23.

After several blind audition episodes, the season will move into its battle round phase. That portion of the competition will, again, feature noteworthy celebrity advisors.

Normani will work with contestants on Team Kelly Clarkson, while Usher will be the advisor for Team John Legend. Will.I.Am (Team Gwen Stefani) and Darius Rucker (Team Blake Shelton) will also participate in the advisor capacity.

Ahead of the new season, NBC shared photos from the battle tapings: