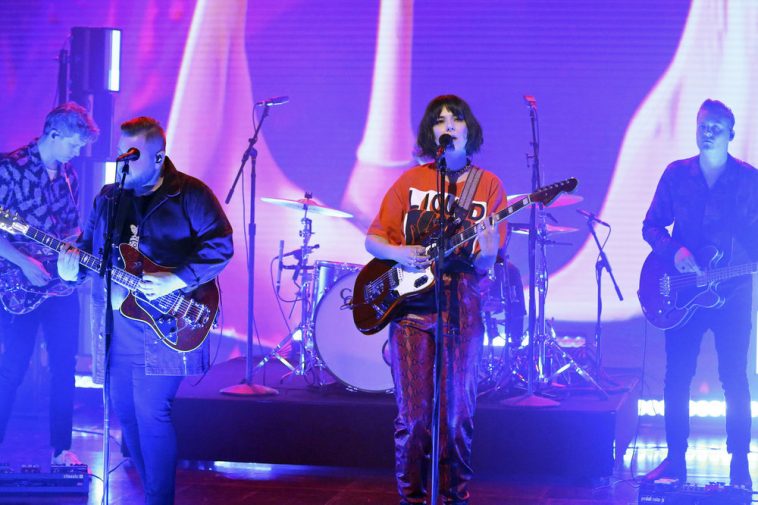 Of Monsters And Men - (Photo by: Andrew Lipovsky/NBC)

Update: Of Monsters And Men appeared on Wednesday’s edition of “The Tonight Show Starring Jimmy Fallon.”

The band performed its new single “Alligator” on the broadcast.

Later this summer, Of Monsters And Men will be releasing its third studio album — and first since 2015.

As the march to that July 26 release date continues, the band takes the stage on “The Tonight Show Starring Jimmy Fallon.”

The performance closes an episode that also features a visit from Howard Stern. Wednesday’s “Fallon” also includes a “Classroom Instruments” segment with The Who.

Taped earlier in the day, Wednesday’s “Fallon” airs at 11:35PM ET/PT on NBC. The Of Monsters And Men performance should start at around 12:25AM.