Billie Eilish’s current pop radio single “when the party’s over” is by no means fading. The song’s airplay level is actually up by more than 30% from the same time last week.

Some radio programmers are, however, expressing interest in another track from her just-released album “WHEN WE ALL FALL ASLEEP, WHERE DO WE GO?”

“bad guy,” that track, has received interest from a handful of pop stations over the past week.

According to Mediabase, Salt Lake City’s Power 94.9 ranks as the song’s top supporter. It played the song a whopping 27 times in the seven days ending April 9.

It is too early to know whether Interscope will promote “bad guy” as Eilish’s next official pop radio single, but given the clear interest, it clearly ranks as a frontrunner. 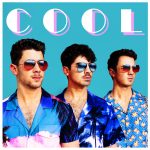