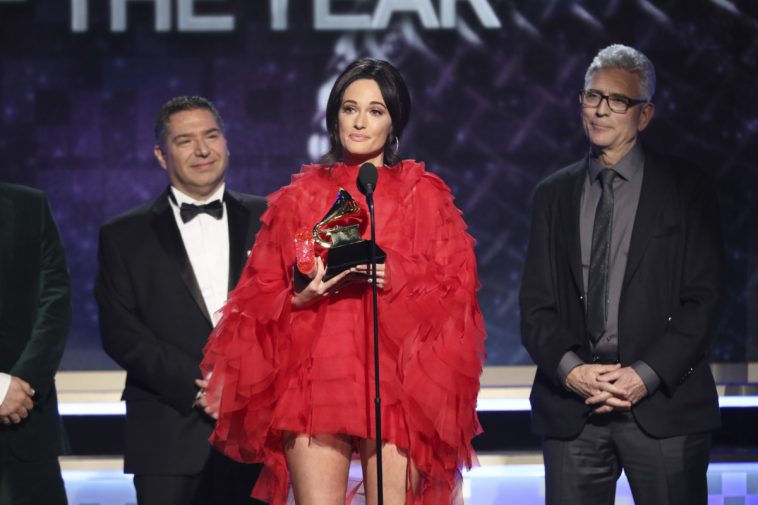 Update: Revised ratings are in for the 2019 Grammy Awards, and they offer a mixed comparison to last year’s show.

This year’s broadcast – the 61st iteration of the awards – rose in overall viewership but slipped in adults 18-49.

While it was enough for a dominant first place finish in the Sunday ratings race, this year’s demo rating is the lowest on record.

Despite that dubious distinction, the strong year-over-year retention is still a positive. Awards shows have been trending downward in recent years, and this year’s Grammys ceremony seemed to lack substantial pre-event buzz. It also, unlike last year’s show, aired opposite “The Walking Dead.”

To put it another way, the Grammys ceremony is not the ratings monster it once was. It nonetheless remains a sizable draw for music fans.
====

Based on early ratings, the 2019 Grammy Awards ceremony performed similarly to the 2018 edition.

According to metered market data posted by Programming Insider, this year’s show drew a 12.7 overnight household rating. The number nearly matches the 12.9 rating garnered by the 2018 edition.

Granted, the 2018 show fell sharply from the previous year — and actually delivered a historically bad performance. Matching (and perhaps slightly trailing) that broadcast is not necessarily a victory.

But insofar as live awards shows have generally been trending downward and this particular show seemed to lack pre-ceremony buzz, solid year-over-year retention is still a positive.

This year’s show notably started a half-hour later than last year’s broadcast, which meant its number was not dragged down by the 7:30-8PM portion. On the other hand, it also ended later (and thus faced the challenge of airing key awards after 11PM ET).

This year’s show, unlike last year’s ceremony, also faced competition from “The Walking Dead.” While that show is nowhere near what it once was, it still draws a decent crowd.