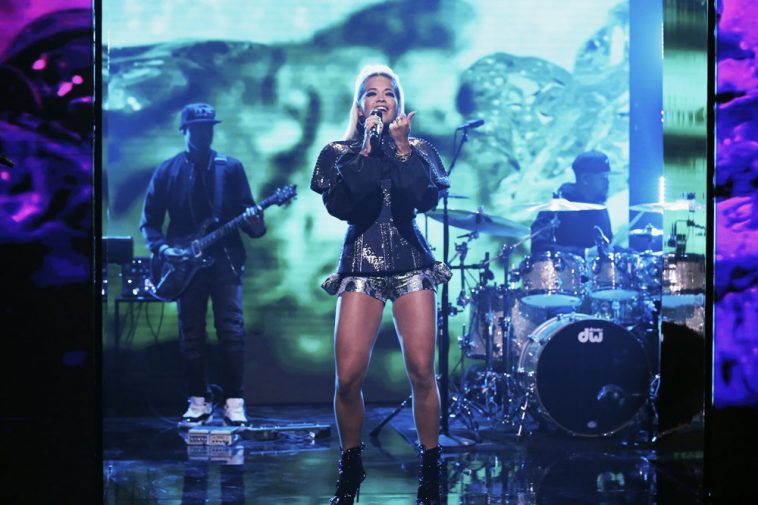 The broadcast featured an appearance by Rita Ora.

The immensely charismatic entertainer appeared as an interview guest on the broadcast. She also took the stage for a musical performance.

Ora was one of two celebrity guests on the episode. “Black Monday” star Don Cheadle also made an appearance.

Taped earlier in the day, the episode aired at 11:35PM ET on NBC.

A video snippet from Ora’s interview follows. Additional highlights will be posted upon availability. Photos from the taping are also embedded.