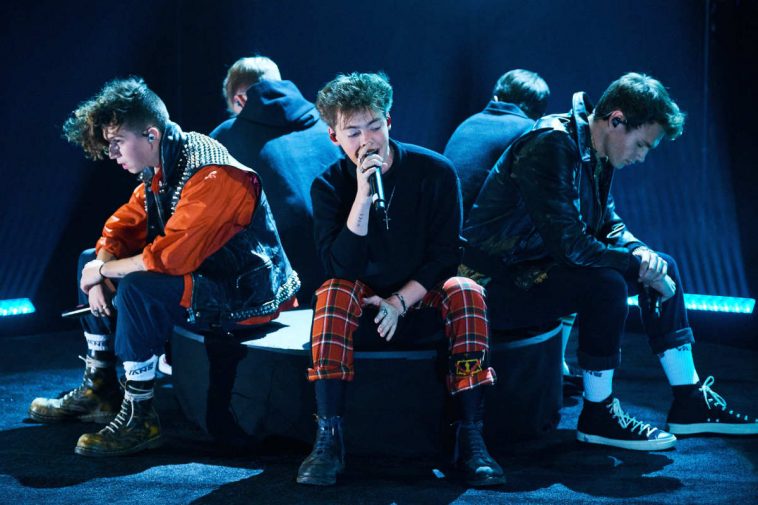 Why Don't We | Terence Patrick/CBS

Update: Tuesday’s “Late Late Show With James Corden” closed with a performance by Why Don’t We.

The group performed “8 Letters,” the title track off its recently released debut album. That album earned #9 on this past week’s Billboard 200 chart.

A video of the performance follows. Photos from Tuesday’s “Late Late Show” taping are also embedded.

Earlier this month, Why Don’t We released its debut studio album “8 Letters.”

Tuesday, the group supports the album with a late-night talk show appearance.

Why Don’t We performs on “The Late Late Show With James Corden.” The performance marks Why Don’t We’s first visit to the CBS talk show.

Taped earlier in the day, the episode also features a discussion with Joe Manganiello and Jennifer Love-Hewitt.

It began airing at 12:35AM on the east coast — and will air at that time on the west coast. Videos will be posted upon availability.