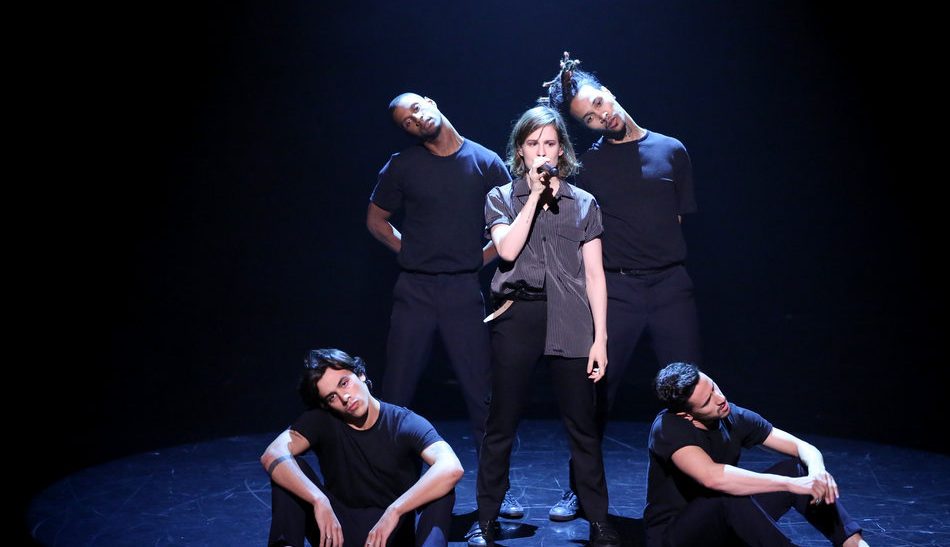 Christine And The Queens [NBC]

Héloïse “Christine And The Queens” Letissier first performed on “The Tonight Show Starring Jimmy Fallon” in the fall of 2016.

On June 12, the popular act will return to the “Tonight Show” stage.

Christine And The Queens will perform with “Girlfriend” collaborator Dam Funk.

The performance will close an episode that also features Jeremy Renner, Derek Hough and Joanne Rogers.

Currently on hiatus, “The Tonight Show” returns to originals with the June 11 episode. As first reported by Headline Planet, that broadcast will feature Jim Parsons, Marlon Wayans and Smashing Pumpkins.