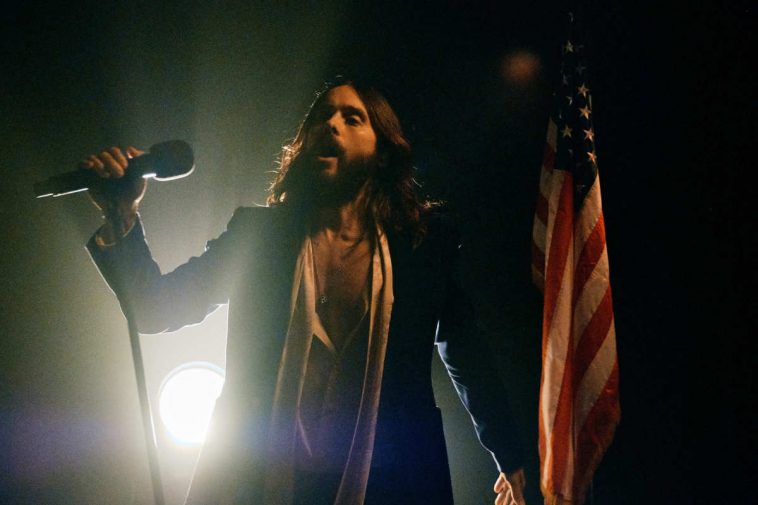 Earlier this spring, Thirty Seconds To Mars released a new album called “America.” It was the band’s first studio album since 2013.

Monday, the band supports its latest collection of music on “The Late Late Show With James Corden.”

The 30STM performance closes an episode that also features a discussion with Audra McDonald and Billy Eichner. McDonald also appears in a sketch with Dan Stevens, who will be a full discussion guest on the show Tuesday.

The episode began airing at 12:35AM on the east coast — and will start at that time on the west coast.