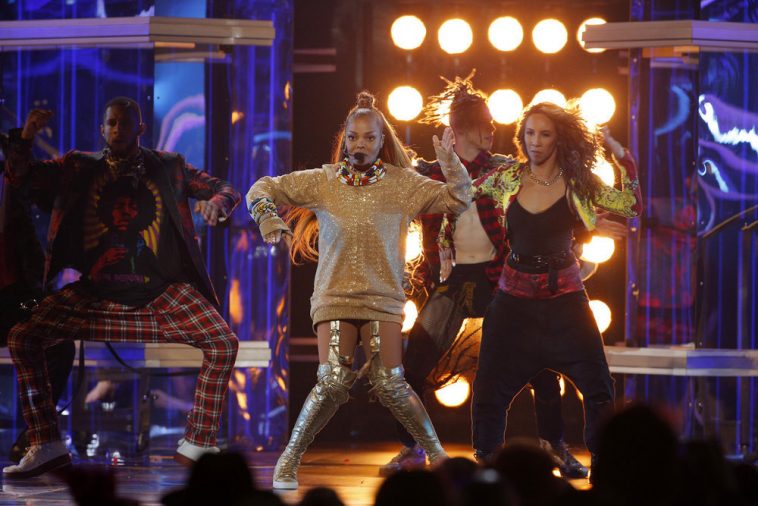 It is worth noting that the the first two hours of this year’s ceremony faced part one of the “American Idol” season finale.
=====

Update: Fast national data has arrived for Sunday’s 2018 Billboard Music Awards, but insofar as it does not account for the live west coast broadcast, it will understate the audience.

According to Showbuzz, the initial fast nationals clocked in at a 2.1 in adults 18-49 and 6.98 million in overall viewership.

While the apples-to-apples comparison between fast nationals suggests this show may have drawn a smaller audience, there is no guarantee the adjustment will be proportionate. As such, it is too early to determine exactly how the 2018 BBMAs fared on a year-over-year basis.

Overnight household ratings (which are time-adjusted but only reflect performance in big markets) were fairly steady (5.3 this year vs. 5.4 last year).
====

Despite airing on a new network and against competition from part one of the “American Idol” season finale, Sunday’s Billboard Music Awards ceremony essentially matched last year’s edition.

According to metered market data posted by Programming Insider, NBC’s broadcast of the 2018 show averaged a 5.3 overnight household rating from 8-11PM. The 2017 show, which aired on ABC, drew a 5.4 household rating.

That broadcast ended up posting a 2.6 adults 18-49 rating and 8.7 million viewers in the final report. This year’s adults 18-49 and viewership numbers should arrive later this afternoon (the 11AM fast nationals will not account for the live west coast airing).

As noted, the first two hours of this year’s broadcast went head-to-head with the “American Idol” performance finale.

While that broadcast was not a massive ratings hit (4.6 in the overnight households), it almost certainly had some overlap with the potential Billboard audience.