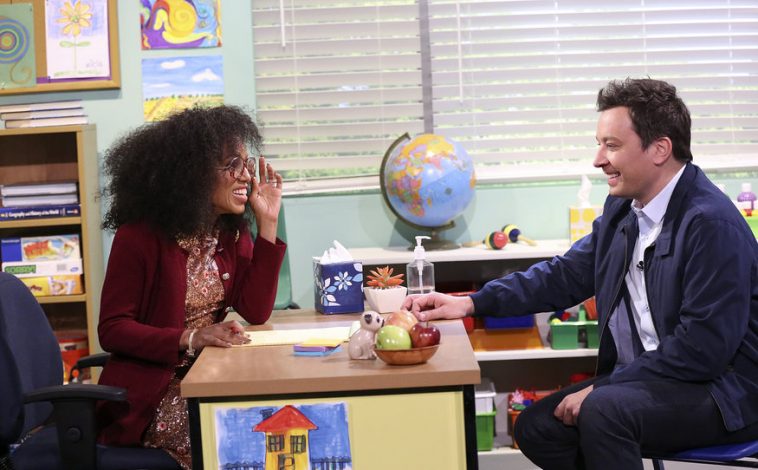 Update: The series finale of “Scandal” airs next Thursday.

Ahead of the big event, the show’s Emmy-nominated star Kerry Washington appeared on “The Tonight Show Starring Jimmy Fallon.”

Washington participated in an interview on the episode. She also joined host Jimmy Fallon for Mad Lib Theater.

Wednesday’s “Fallon” also featured an appearance by Gad Elmaleh and a performance by 5 Seconds of Summer.

Videos of the “Mad Lib Theater” and 5SOS performance follow; additional highlights will be available below after 3:35AM ET. Photos from the taping are also embedded.

Wednesday night, the “Scandal” star completes her busy day of press with an appearance on “The Tonight Show Starring Jimmy Fallon.”

Taped earlier in the day, Wednesday’s “Fallon” additionally features an interview with Gad Elmaleh. 5 Seconds Of Summer closes the show with a performance of “Want You Back.”