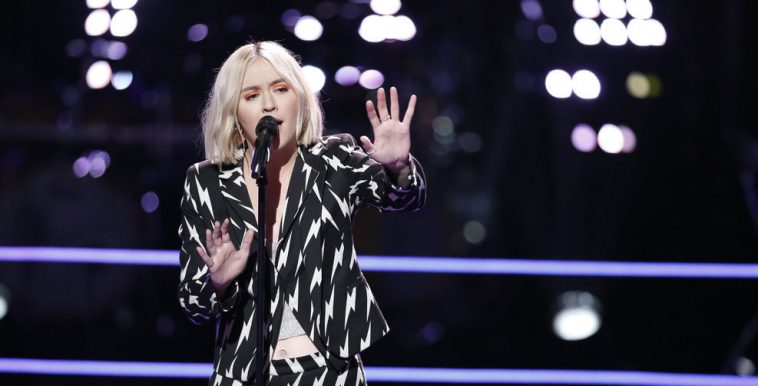 Update: Chloe Kohanski stole Monday’s edition of “The Voice” with a stunning rendition of “Landslide.”

The recording spent Tuesday soaring up the US iTunes sales chart.

Addison Agen’s “Beneath Your Beautiful” has also proven resonant with iTunes buyers. It is #37 on the chart as of press time.
====

The west coast broadcast of Monday’s “The Voice” just recently came to an end, but two recordings from the broadcast already hold prominent positions on the US iTunes sales chart.

As of press time at 1:30AM ET, Chloe Kohanski’s “Landslide” is positioned at #25 on the all-genre song sales chart.

Addison Agen’s “Beneath Your Beautiful” is #37.

The two songs are currently the only “The Voice” numbers in the store’s Top 100.

Kohanski performed “Landslide” as part of a Team Miley Knockout performance. She actually lost the round to Ashland Craft but survived thanks to a “steal” from Blake Shelton.

— The Kohanski and Agen performances also ignited interest in the original versions of their respective song choices. Fleetwood Mac’s “Landslide” is up to #121 on iTunes (the Dixie Chicks’ cover has, meanwhile, moved into the Top 1000). Labrinth’s “Beneath Your Beautiful (featuring Emeli Sande)” is up to #214.