Three weeks prior to the opening, Epic Records will release the official soundtrack.

A Great Big World’s “Life Is Good” has already been released as an instant gratification track. According to Epic Records, Fifth Harmony’s “Can You See” will debut as the next instant-grat track on October 17.

“The filmmakers of The Star have delivered a funny but faithful turn on the nativity story, and Mariah Carey’s soulful performance of the film’s theme song adds a layer of depth and emotion that will have audiences feeling the spirit,” says Spring Aspers, Head of Music for Sony Pictures. “This compilation is full of covers of Christmas classics old and new that not only perfectly fit the film, but make the perfect soundtrack for the season.”

Tracklisting:
Mariah Carey – “The Star”
Kelsea Ballerini – “Children Go Where I Send You”
Kirk Franklin – “We Three Kings”
Fifth Harmony – “Can You See”
A Great Big World – “Life Is Good”
Zara Larsson – “Mary, Did You Know”
Yolanda Adams – “O Holy Night”
Saving Forever – “What Christmas Means to Me”
Jessie James Decker – “Breath of Heaven (Mary’s Song)”
Casting Crowns – “His Eye Is on the Sparrow”
Jake Owen – “What Child Is This?”
Pentatonix – “Carol of the Bells” (digital-only bonus track) 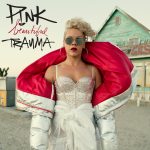