The rumored Hurricane Harvey telethon will indeed be happening.

Houston rapper Bun B and entertainment mogul Scooter Braun have teamed to develop the “Hand In Hand: A Benefit For Hurricane Harvey Relief” telethon.

The special will air across ABC, CBS, CMT, FOX and NBC from 8-9PM ET/PT on September 12. The broadcast will be based in Los Angeles, with additional stages setup in Nashville and New York.

A feed from George Strait’s benefit show in San Antonio will also be featured.

“Proceeds from the telethon will benefit United Way of Greater Houston, Habitat for Humanity, Save the Children, Direct Relief, Feeding Texas and The Mayor’s Fund for Hurricane Harvey Relief (administered by the Greater Houston Community Fund) through the Hand in Hand Hurricane Relief Fund managed by Comic Relief USA,” says the official press release.

Charles Suchs is a news reporter and chart analyst for Headline Planet.

While he contributes to all sections of the publication, he devotes specific attention to tracking radio charts and promotional strategies. 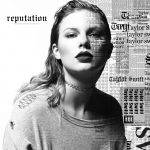