In celebration of selling 10 million “1989” albums and reaching 100 million in certified US digital single units, Taylor Swift released her discography — including her 2014 album “1989” — to all streaming services.

They may be a few years old, but several of her songs made a big opening day splash on Spotify in the United States.

“Blank Space,” a Grammy-nominated single from “1989,” was the best-performing track. It amassed what Spotifycharts.com reports as 297K US streams Friday.

The leader among Swift songs, “Blank Space” was #82 on the overall daily US chart.

All but “Love Story,” “You Belong With Me,” and “I Knew You Were Trouble” appear on Swift’s “1989.” That skew makes sense — “1989” is Swift’s most recent album and, notably, had never previously been available on Spotify. 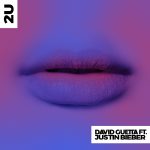