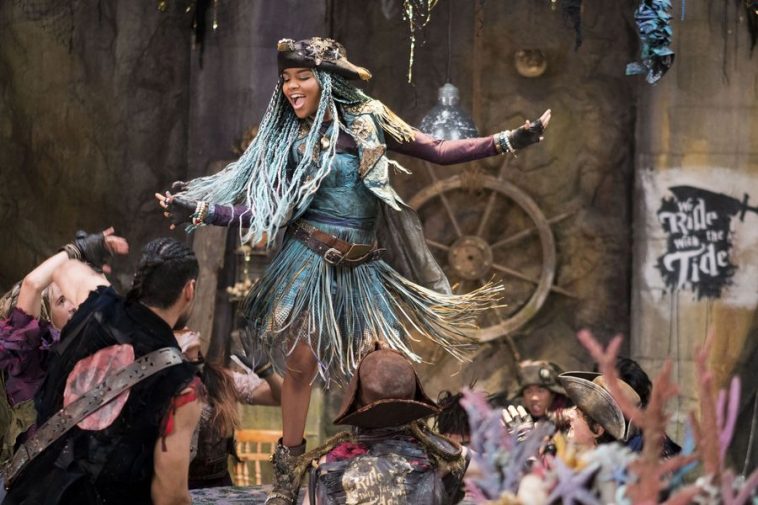 As the July 21 premiere of “Descendants 2” draws near, Disney is set to release another song from the soundtrack.

China Anne McClain’s “What’s My Name” will premiere on Radio Disney at 5PM EDT on Thursday, June 1. The song will subsequently be made available on iTunes and other digital platforms late Thursday/early Friday, with the lyric video being released on Vevo at 5PM EDT on June 2.

The official music video will then be released on June 14.

“In the highly anticipated movie, China Anne McClain joins the cast as Uma (daughter of Ursula from “The Little Mermaid”) who is Mal’s archenemy and leader of a motley crew of pirates including Captain Hook’s son Harry (Thomas Doherty) and Gaston’s son Gil (Dylan Playfair),” says Disney. “”What’s My Name,” which includes vocals by Doherty and Playfair, establishes Uma as the self-proclaimed queen of the Isle of the Lost.”

“China Anne has such natural talent and a very soulful voice,” adds Disney Channels Worldwide’s Steven Vincent. “In this song, she brings it all and adds the perfect amount of attitude to the performance – she’s a great actress who knows how to put character into her singing.”

In addition to producing, Rock Mafia co-wrote the track with Tom Sturges and Adam Schmalholz.