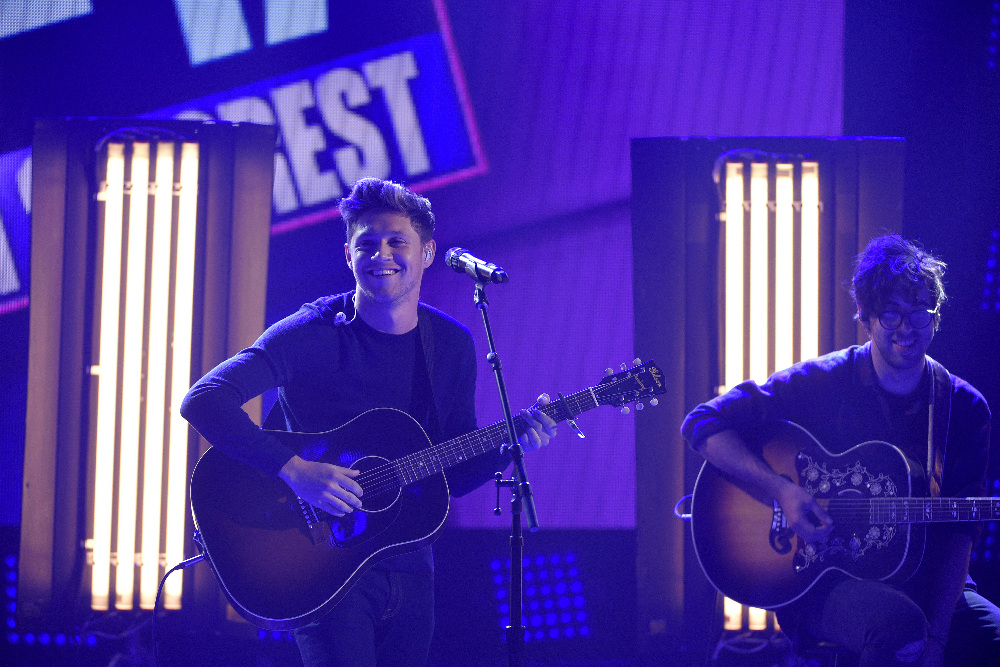 Horan enters the chart at #90 with “Slow Hands,” his second official radio single. Styles starts at #93 with “Sweet Creature,” an instant gratification track from his forthcoming, self-titled studio album.

“Sweet Creature” premiered on the fifth day of the sales and streaming tracking weeks. It was available for 5.5 days of the radio tracking period, but that fact is basically irrelevant given that “Sweet Creature” is not a radio single.

Styles made his first solo Hot 100 appearance with debut radio single “Sign Of The Times.” It debuted at #4 last month and is #28 on this week’s chart.