Today is a good day for Brad Paisley and his latest single.

It brings news that the country superstar’s “Today” is officially the #1 song on Mediabase’s country radio singles chart.

“Today,” which was #4 last week, seizes the throne from Chris Young’s “Sober Saturday Night (featuring Vince Gill).” The Young-Gill collaboration drops to #6 after a single week on top.

Not simply the leader in Mediabase chart points, “Today” also ranks as the Mediabase country panel’s most-played song for the March 5-11 tracking period.

It received a format-leading 8,854 spins.

“Dirt On My Boots” holds at #2 on the overall Mediabase chart this week. “Think A Little Less” is stationary at #3. 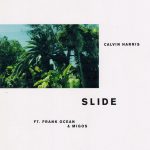