The follow-up to The Chainsmokers’ smash hit “Closer” is officially here.

The EDM duo released its new radio single “Paris” at the stroke of midnight late Thursday/early Friday. The song was made available on all major digital providers, while Columbia immediately serviced the song to pop and rhythmic radio.

A lyric video, meanwhile, was posted on YouTube/Vevo.

From a commercial standpoint, “Paris” is sure to be judged against a very high standard. “Closer” and “Don’t Let Me Down,” the duo’s previous two singles, spent multiple weeks at #1 on the pop radio airplay chart. “Closer” also reached #1 at hot adult contemporary radio and spent twelve weeks atop the Billboard Hot 100. 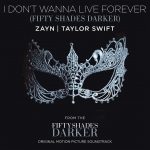