Only one new “Liv And Maddie: Cali Style” aired in December.

Four will air in Disney Channel.

The episodes will air in the show’s new 5:30-6PM ET timeslot.

In advance of the broadcasts, Disney Channel shared plot synopses for all four “Liv And Maddie” installments. It shared production photos from three of them.

STANDUP-A-ROONEY: 1/6/17
Joey is nervous when he’s invited to perform stand-up comedy at a local restaurant. Parker finds himself in a predicament when he isn’t sure if he’s asked his fellow classmate to be his partner in a science competition or his date to a school dance.
* Guest starring Frank Caliendo as Vince.

ROLL MODEL-A-ROONEY: 1/13/17
Liv and her fellow female co-stars of “Sing It Louder!!” attempt to break the stereotype that boys are better than girls at ‘boy stuff’ by organizing a woodblock derby race against the boys. Meanwhile, Maddie and Willow take part in a challenge at their local restaurant which has only been won by men before.

FALCON-A-ROONEY: 1/20/17
Joey’s popularity at school is threatened when an old nemesis from Wisconsin returns and Maddie feels the need to keep a close eye on Parker’s new friend.

EX-A-ROONEY: 1/27/17
When Maddie and Josh start hanging out again, Joey feels awkward by their rekindled friendship. Meanwhile, Parker and Val find themselves in a jam when competing for a coveted finalist spot in the Mars Madness competition. 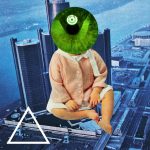