Last week, The Chainsmokers’ “Don’t Let Me Down (featuring Daya)” earned a triple platinum certification in the United States.

This week, the global smash ascends to 5x platinum in Australia.

ARIA confirms the new certification, which signifies 350,000 in Australian units.

As “Don’t Let Me Down” reaches 5x platinum status, fellow Chainsmokers song “All We Know (featuring Phoebe Ryan)” earns an Australian gold honor. The award confirms an Australian unit total of at least 35,000.

— “Don’t Let Me Down” now outright ranks as The Chainsmokers’ most certified track in the Land Down Under. Recent smash “Closer (featuring Halsey)” is presently 4x platinum, while “Roses (featuring ROZES)” and “#Selfie” are respectively 3x platinum and platinum. 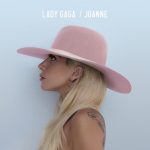