Superstar trio The Band Perry is on its way back to country radio.

Big Machine Label Group confirms that the sibling act’s next single will officially arrive on August 14. To initiate excitement over the release, BMLG shared a one-sheet teaser image on Instagram and in the latest edition of Country Aircheck Weekly (below).

Beyond the visual teaser, no additional details have been released regarding the eagerly anticipated new single.

Last represented at country radio with its 2014 cover of Glen Campbell’s “Gentle on My Mind,” The Band Perry has not promoted an original single since 2014’s “Chainsaw.” Cut from the group’s sophomore album “Pioneer,” the song peaked at #10 on the Billboard Country Airplay chart. 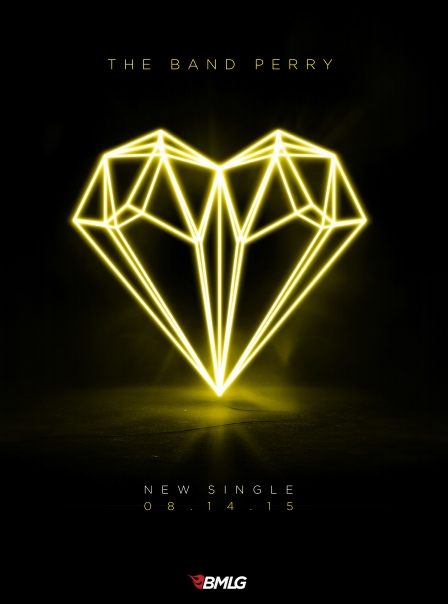