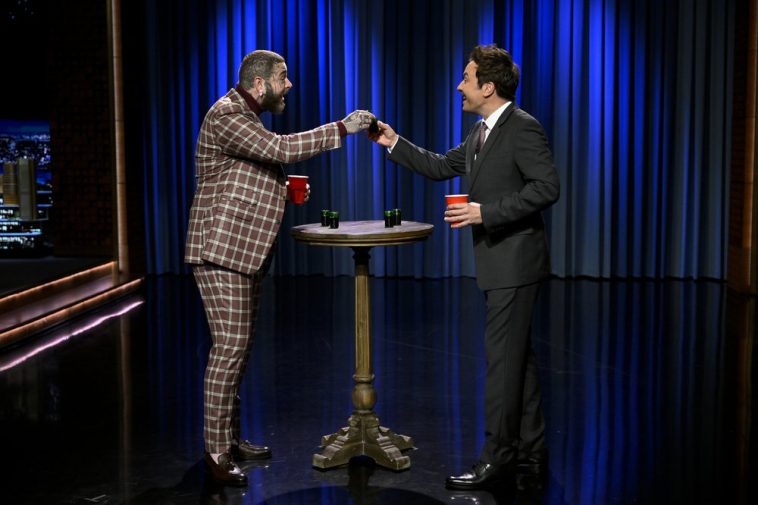 Ahead of his appearance as musical guest on this weekend’s “Saturday Night Live,” Post Malone pays a visit to “The Tonight Show Starring Jimmy Fallon.”

Post appears as the lead guest on Thursday’s episode, joining the host for an interview. He and Fallon also play a game of “Point, Turn, Sip.”

Filmed in advance, the broadcast additionally features a chat with Howie Mandel and a performance by Arcade Fire.

The episode will begin airing at 11:35PM ET/PT on NBC. Prior to the broadcast, NBC shared photos from the taping: